Primers are used to prepare a surface for painting. It's always best to use a primer for new surfaces, but there are many other times when a primer is needed.

Why It's Important to Use a Primer 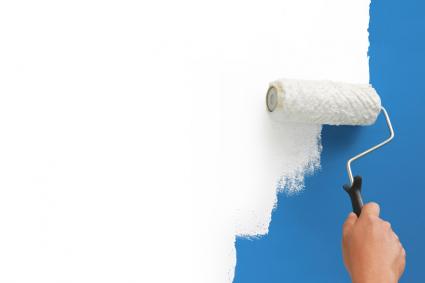 The surfaces that should be primed include those that have never been painted and ones with stains on them. The primer seals the surface so the paint won't soak into the drywall, wood or other material. The chemicals in the primer have an adhesive quality that interacts with the paint so it will adhere to the surface more effectively.

The primer is beneficial to the paint in several ways.

According to Paint Pro, "…drywall primer is literally the glue that binds paint to the surface." The website states that primer doesn't seem to make a difference immediately, but over time, it lengthens the life of paint. BEHR Premium Plus Drywall Primer and Sealer is a high-hide primer and dries quickly. In addition to being used for drywall, it can also be used on wallboard. plasterboard and wood.

Before applying a primer to new dry wall, the surface should be thoroughly cleaned. Use a dry cloth to wipe down the wall and remove any drywall mud dust leftover from sanding.

A non-primed will take two coats of flat wall paint, which will cost more than the tinted primer. A tinted primer will ensure that the paint goes on better, lasts longer and withstand washing better and longer.

The first step in priming wood is to sand the surface. The sanding process will help the primer to adhere to the wood. Before starting, wipe the sanded surface with a clean cloth to remove dust particles left behind. Valspar® All-Weather Exterior Primer Sealer seals wood and reduces the number of paint coats needed.

Some painters lightly scuff the primer with sand paper before applying paint to heighten the adhesion. This isn't a necessary step, but is one that's highly recommended by professional painters and woodworkers.

Primers used for metals are applied with rollers, brushes and as sprays. These primers are corrosion-resistant. They are applied to new metal and metal that's suffering from rust. Sand off the rust before applying the primer and wipe off residue. One of the best know metal primers is Rust-Oleum that prevents rust and seals the metal. 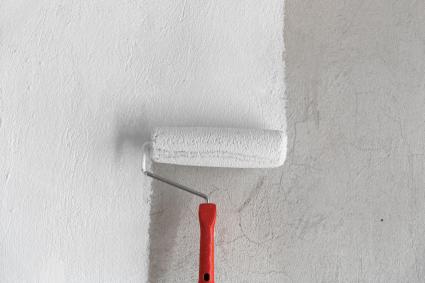 Stains often bleed through primers and paint. When this happens, you need something stronger than the average primers. There are several primers engineered to tackle these stubborn stains. Odors caused by kitchen fires and cigarettes that leave smoke stains are also candidates for this type of primer.

Dunne Edwards Paints suggests using an "epoxy-fortified primer" such as EFF-STOP® Premium for masonry applications, such as concrete, brick and stucco. Dunn Edwards BLOCK-IT® Premium is recommended for blocking stains and odors.

Another well-known primer, Kilz seals just about any surface, including masonry and concrete. Kilz primer can cover and block stains from bleeding through paint. It can also:

Use a Primer for Better Results

A primer will help you to save money and paint. Choose the right type of primer to increase the life-span of your paint job. When you use a primer, it ensures that the finished look of your painting project will be the best it can be.

0
Comments
© 2006-2020 LoveToKnow, Corp., except where otherwise noted. All Rights Reserved.
Resources, Advice & Tips for Covid-19
Read More
Why Should You Prime Before Painting