The 50s style is a great era for interior design ideas to incorporate a retro look in your home décor. If you're a purist and wish to recreate a total look, you can find plenty of 50s reproductions as well as collect cherished vintage pieces.

The colors used in the 1950s were mostly pastels. These included soft pink, mint green, butter yellow, baby blue, and turquoise (similar to the popular current turquoise). Red and other bright colors were eventually added for dramatic decors. 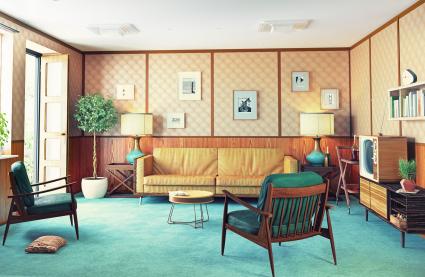 Wallpaper was a popular décor and often used in foyers, kitchens, dining rooms, bathrooms, and bedrooms.

Knotty pine paneling was all the rage, and it was a sought after den (family room) wall treatment. Many homes showcased paneling for breakfast rooms and kitchen cabinets. These weren't just plain panels. Each was cut in the Pickwick tongue and grove style with a warm glowing golden finish.

Another popular color scheme was known as the Scandinavian colors. These include earth colors, such as brown, gray, and tan. The overall décor focused on these muted

The popular 1950s furniture styles offered a lot of choices for home décor looks These included: 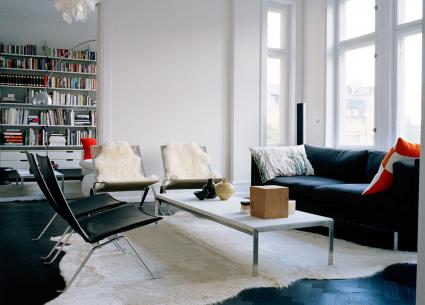 The upholstery and drapery fabrics featured textures, colors, and patterns, such as tweeds and geometrics. Vinyl and Naugahyde® were often also used for chairs and sofas. 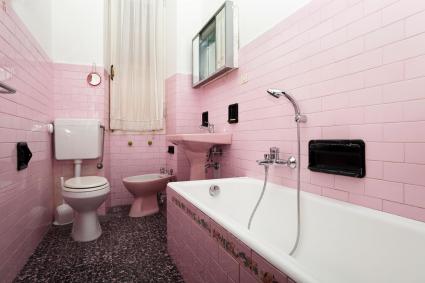 The 50s bathroom was often a vision in pastel with pops of darker colors. The two most popular bathroom tile colors were soft pink and baby blue. Mint green, a popular 1930s-bathroom color, was also still very popular in the 1950s décor. Popular wallpapers for bathrooms included nautical, seashells, flowers, and butterflies.

Adding the 50s to Your Bathroom

You can add this nostalgic look to your bathroom by introducing pastels with bathmats, shower curtains, towels, accessories, and wall art. Add pastel wall tiles to your bathroom installing this element to 3/4 the wall height. Paint the remaining wall a matching or contrast color and install a pedestal sink. Add some accessories with 50s style bathroom wallpaper themes, such as shell soaps or nautical items. 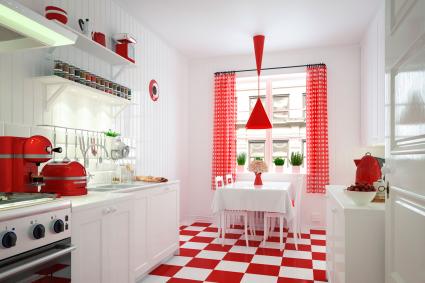 In the kitchen, pastel colors were used for appliances, cabinets, kitchen furniture, and floors. The black and white checkerboard floor pattern was popular in diners, cafes, and soda shops and therefore popular in kitchens, as well. It's not surprising the popularity of Coca Cola and its red logo; cherry red became very popular for kitchen décors for those wishing to make a more dramatic statement. The wallpaper patterns used in kitchens were traditionally kitchen oriented such as fruit and vegetable patterns and gingham prints.

Along with cherry red, other vibrant colors become popular among those wishing to introduce a higher concept of contrast in home decors. These included bright yellow, electric blue, and citrus orange as well as the enduring 1920s/1930s checkerboard black and white.

For many, the pale pastel colored kitchen appliances were a must have for any 1950s stylish kitchen décor. The appeal of these appliances is the curved lines and use of chrome, such as chrome refrigerator handles.

The iconic chrome kitchen tables had Formica® tops, often in pale colors, white, or red. The vinyl upholstered chairs reflected the soft pale color palette of the era. Soda shops and diner-styled furniture found their way into home décors, as well, and chrome with brightly colored upholstery was popular.

You may decide you only want a touch of this retro look in your kitchen. You can accomplish this look with a chrome kitchen table and chairs in your favorite vintage color. You may want to exchange your appliances for the gentle curves and pastel choices found in the 1950s appliance reproductions with modern technology features.

1950s Style Tips for Your Home 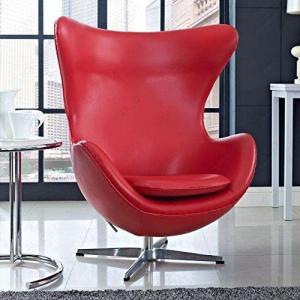 You can add touches of this era to your existing décor.

You can use as much of the 1950s style in your home décor as you desire. These nostalgic touches can give your rooms an extra layer of interest and depth.